Back to Case Studies

Our E&S team was able to identify immediate savings of £16,000 and further potential savings of over £10,000 per year based on our investigations. This was the result of a review of the current invoice, a site visit and discussions with the incumbent engineer.

Focus FM was asked to assist in establishing the reasons for a high cost water invoice and to determine if any potential water efficiency savings could be made.

Our work involved assessing water usage and costs through existing invoices, comparing usage with published benchmarks, and a site visit with the incumbent engineer. Through this our team was able to ascertain the invoice was calculated using an incorrect estimated meter reading, thus significantly increasing the cost of the invoice. This led to an immediate saving of £16,000.

Comparisons with the Construction Industry Research and Information Association (CIRIA) water benchmarks suggested that the water consumption was higher than the typical, indicating further efficiencies were possible.

Subsequently by carrying out a site survey we were able to review the efficiency of the installed water fittings, which was generally good following a recent refurbishment. However during this site visit it was established that the mains water supply to the offices also supplies a small retail unit on site. It was discovered that this supply was in constant flow, despite the unit being vacant. The result was the use of an estimated 4 million litres in a year. Resolving this will lead to a further annual saving of over £10,000 for the site. 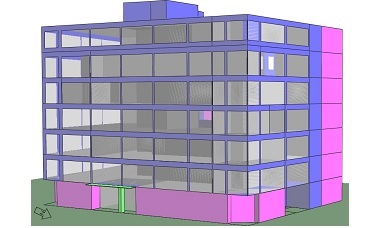 The proven success of the Energy and Sustainability Team over the past decade has ensured that we now represent an increasing number of clients over a wide and diverse range of projects.